Ice on the dock!!!! But the sun warmed us nicely for the Annual Tale (Tail) of the Channel.

Perhaps a typo by our Coordination Communicator or maybe we are the tail since there is a Head of the Ohio? Whatever, the day was fabulous! Weird and wacky competition deviously devised by Coach Bob. Our Team Captains, Sue Z (AKA Cat in the Hat) and Marian (as her Shivering Self) selected their teams and competition was fierce. 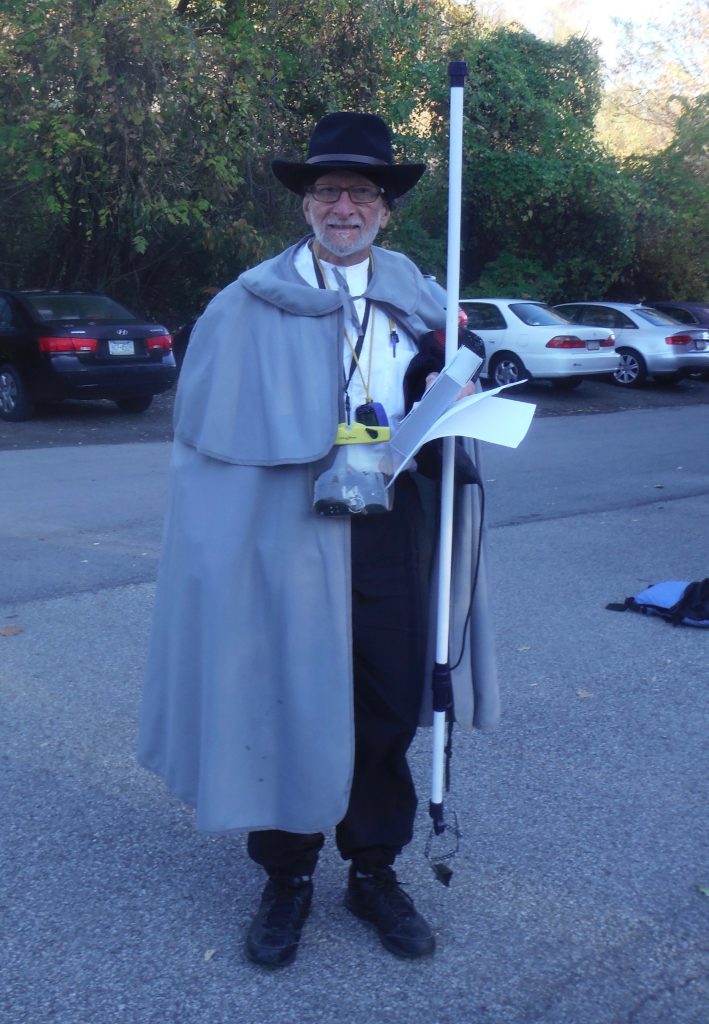 We started with a push off the dock and two turns to get back to the starting position as quickly as possible. Marie, The Eagle, steered Team SueZ with a 1’13” time. Jim R. was ruthless with his tight turn for Team Marian, but alas he was caught in a current and we thought we would never see them again! 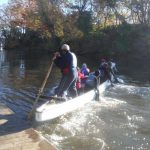 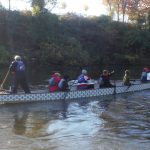 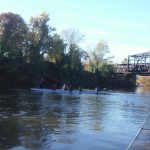 The next ingenious competition was great fun. Each team selected two of their paddlers. Those two then went to the competition. Paddling in seat one…..backwards…..they tried to stop the forward progression of the team. Team Marian took that one. 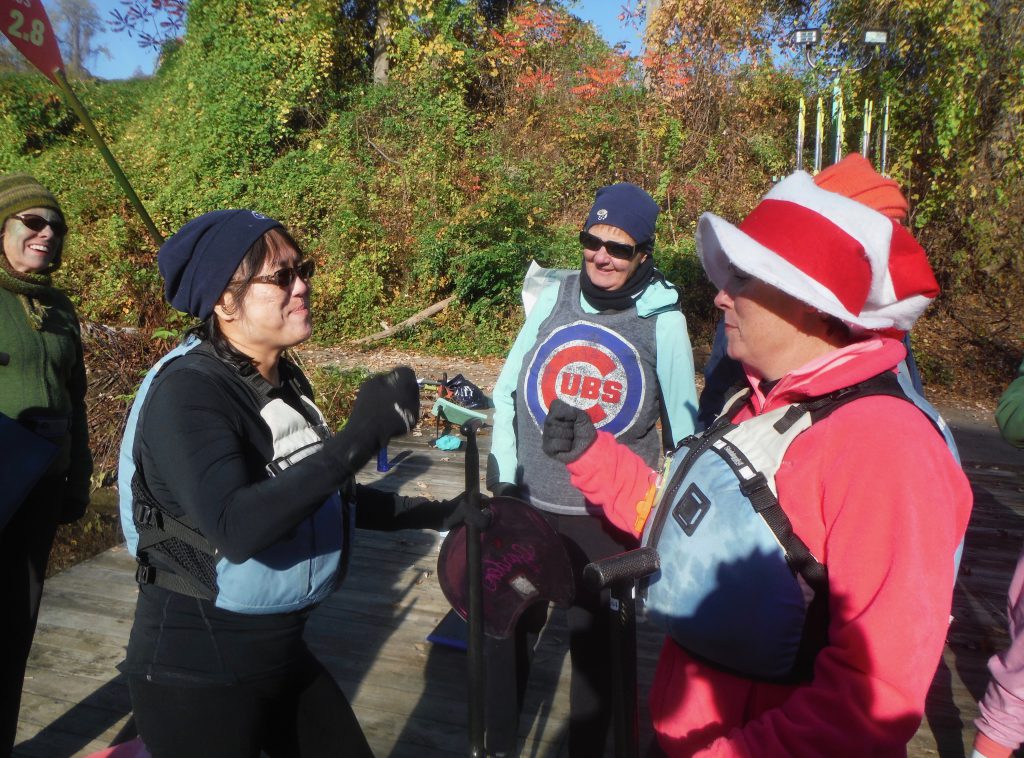 ……and the final was to grab the flag. It was close! A one second difference despite the male advantage of Team Marian. In the end, Team Marian took home the coveted Roy Roger’s Cup.

Until next year……and thanks to Bob for a wild competition! 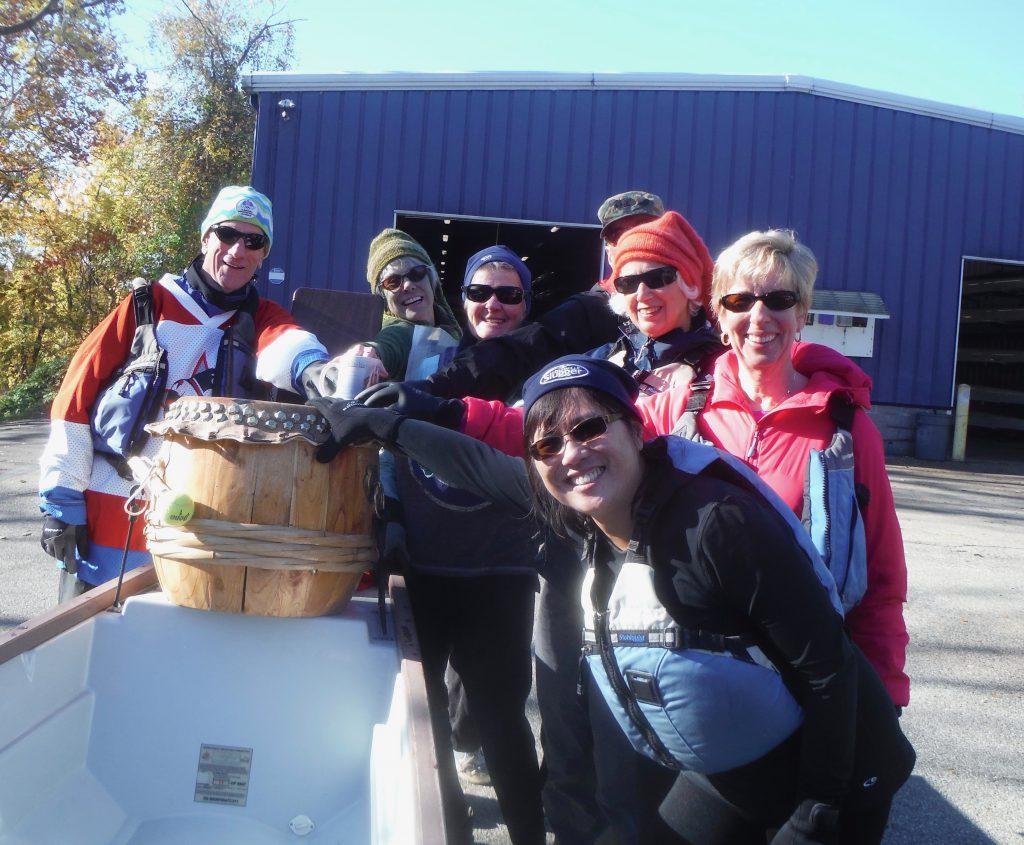 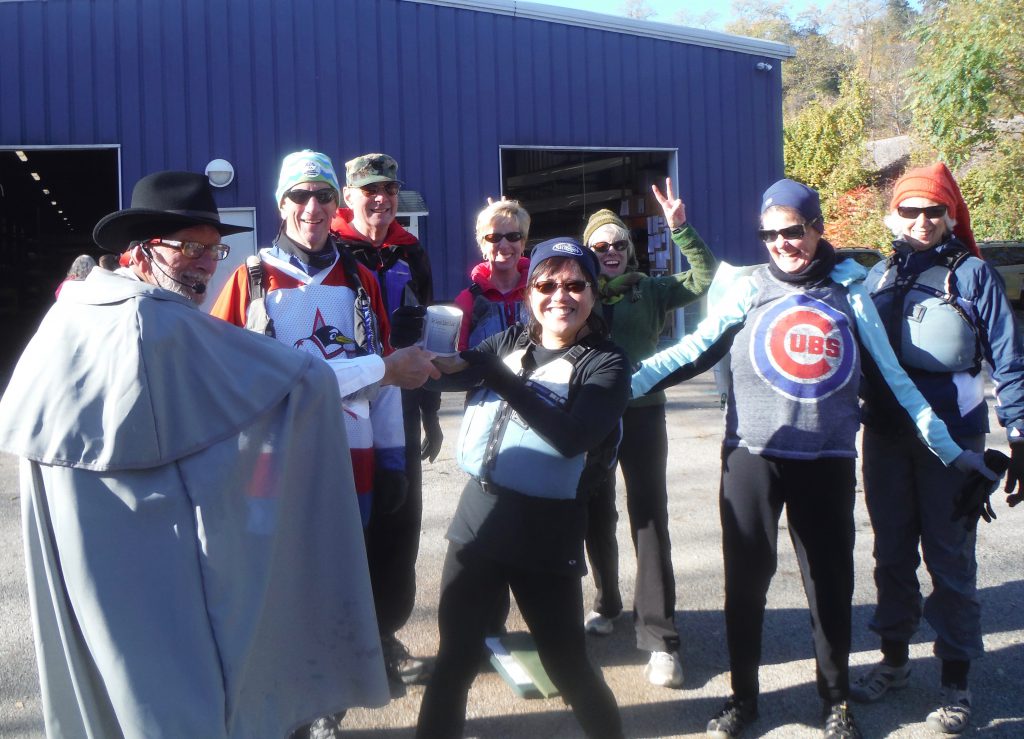 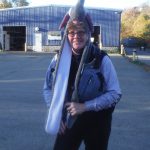 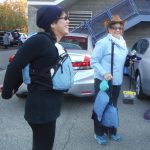 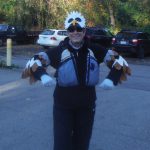 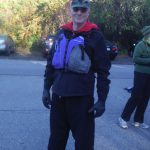 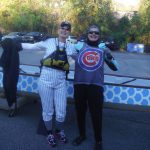 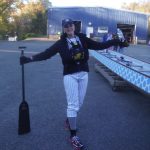 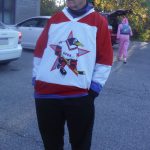 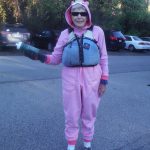 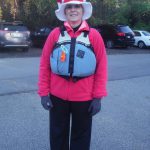 Cat in the Hat SueZ 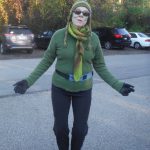 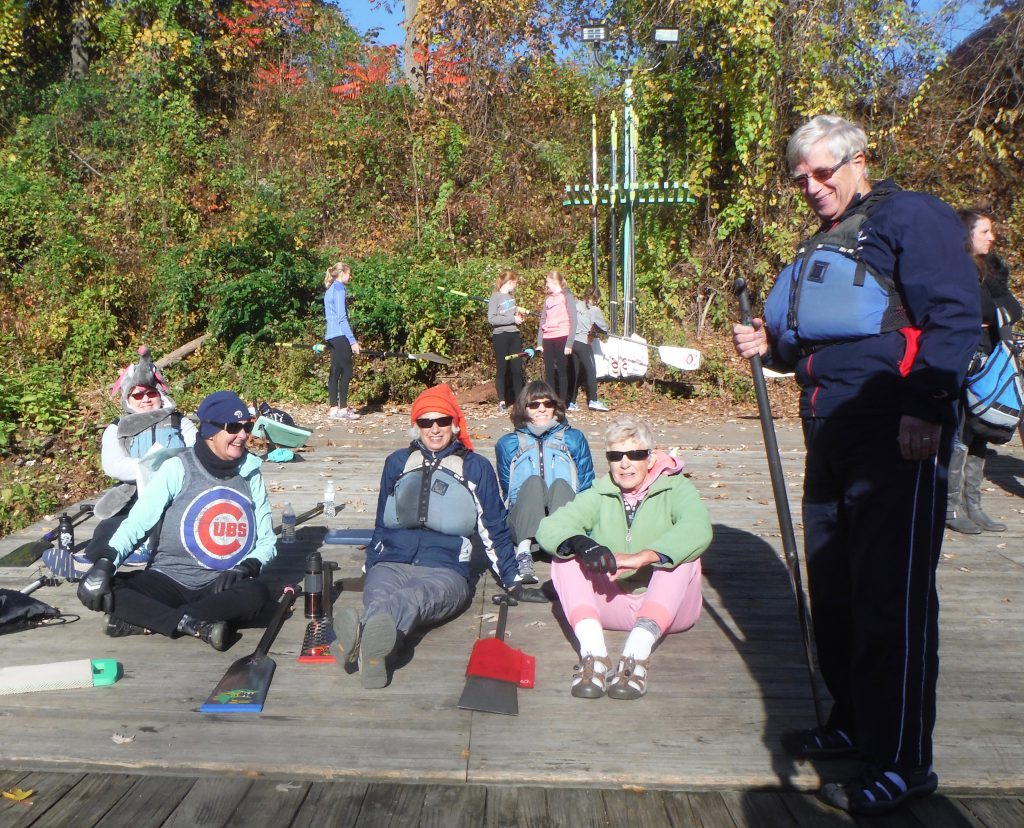 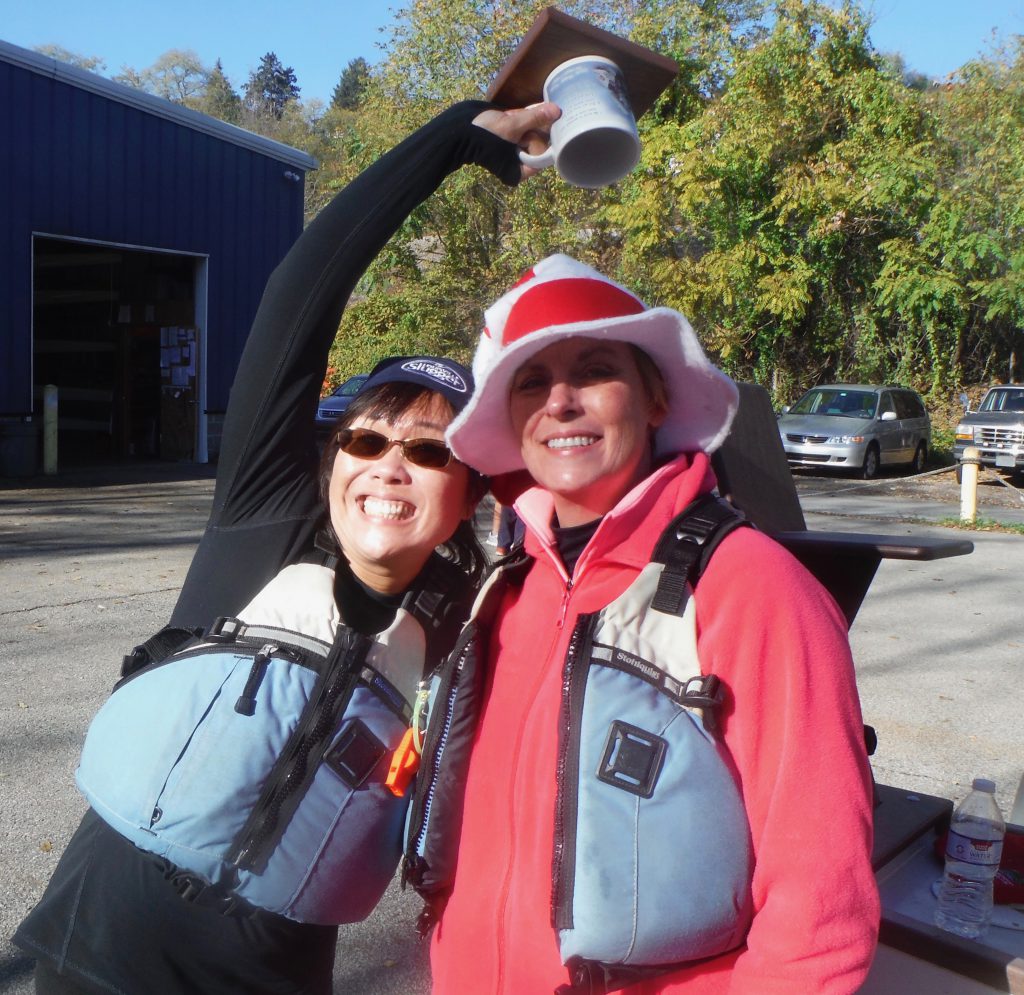 JUDY RECIEVES AWARD FOR CONTRIBUTION TO THE YOUTH TEAM 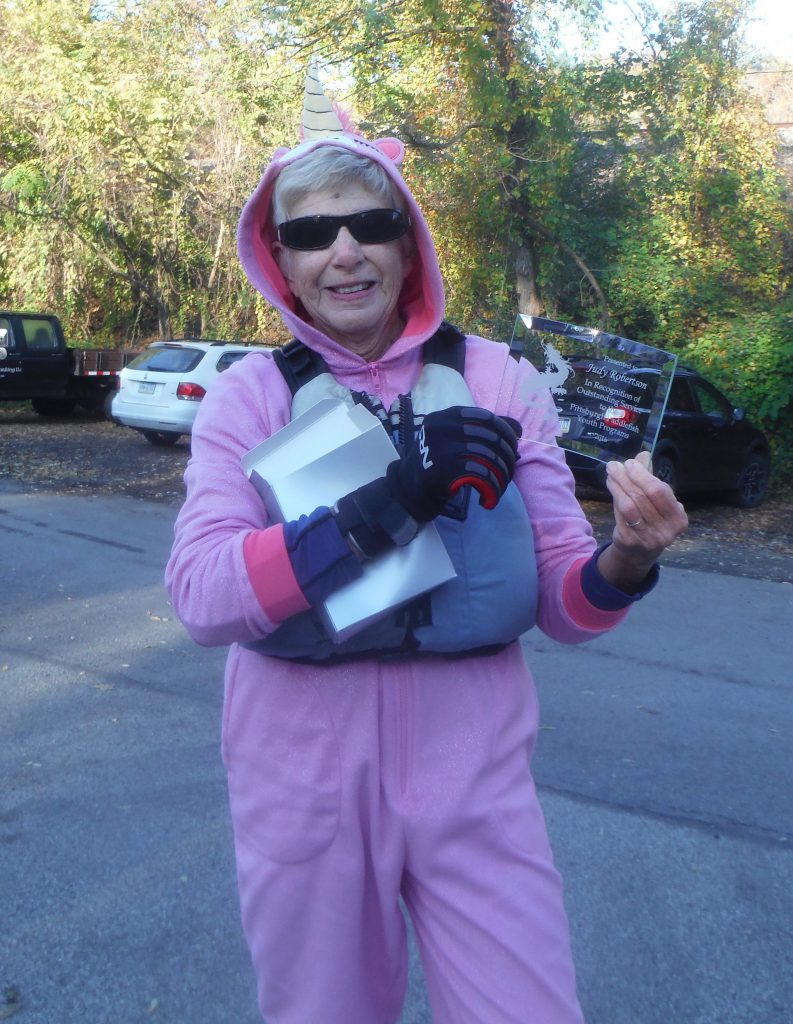 ROY ROGERS HAD IT RIGHT! 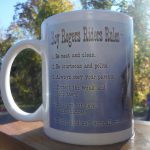 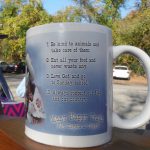