“You should have seen Paddlefish in that 2000m final!  I totally thought Paddlefish might get overtaken in that battle – there were so many strong teams.  And ALL with full boats. And no offense to my dear P-fish, the competition was on average a few decades younger.  =)

But between the hairpin turns and strong steady pace, P-fish held all of them off and overtook another boat from the beginning!  It was pretty epic watching you guys from the shore.

from an email by Sophie Jan, Schuylkill Dragons 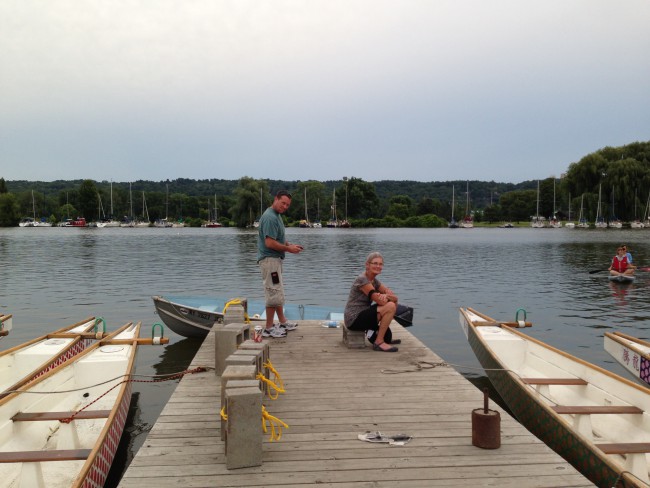