The Annual Tale of the Channel was a success! Although the weather was predicted to be cold, the sun warmed our bodies and spirits. Coach Bob outdid himself with the competition this year. We had two light boats and we performed feats of speed, power, and precision. Team LInda and Team Jeff started the event by choosing teams. We then hopped in and out of the boat and did our timed maneuvers. The on shore team did the ropes to stay warmed up or cheered and jeered for their opponents.

The costumes were creative. Captain Jim R. came as Frank ‘n Bob, replete with a dangerous looking head scarf and sports team shirt (Frank) and multiple gadgets around his neck which includes a pair of flip-flops and various tools (Bob). Equipment Coordinator, Steve, channeled Bob with various tools, including eating utensils, and wrist devices that would glow for any old reason. What a laugh we had.

Team Jeff competed hard and won the coveted Roy Rogers Cup. The Felders are keeping it in the family…..last year Team Merle won the cup. 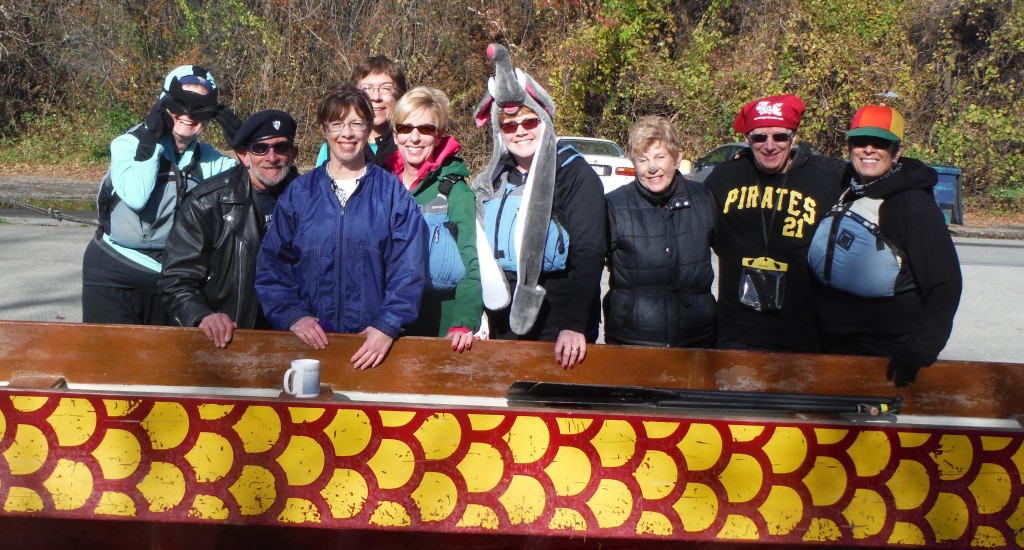 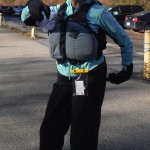 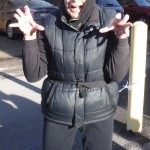 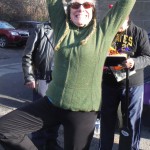 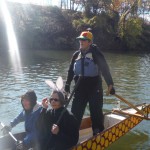 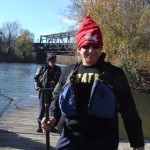 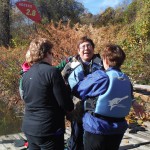 Get me out of this PFD 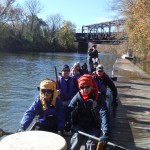 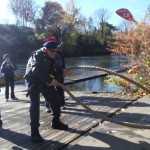 Show us the ropes, Bob. 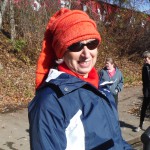 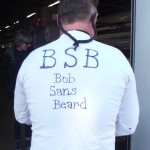 Bob says “Imitation is the best form of flattery!” 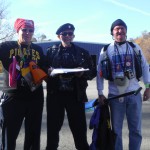 Will the real Bob….. 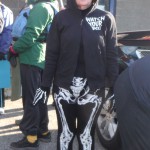 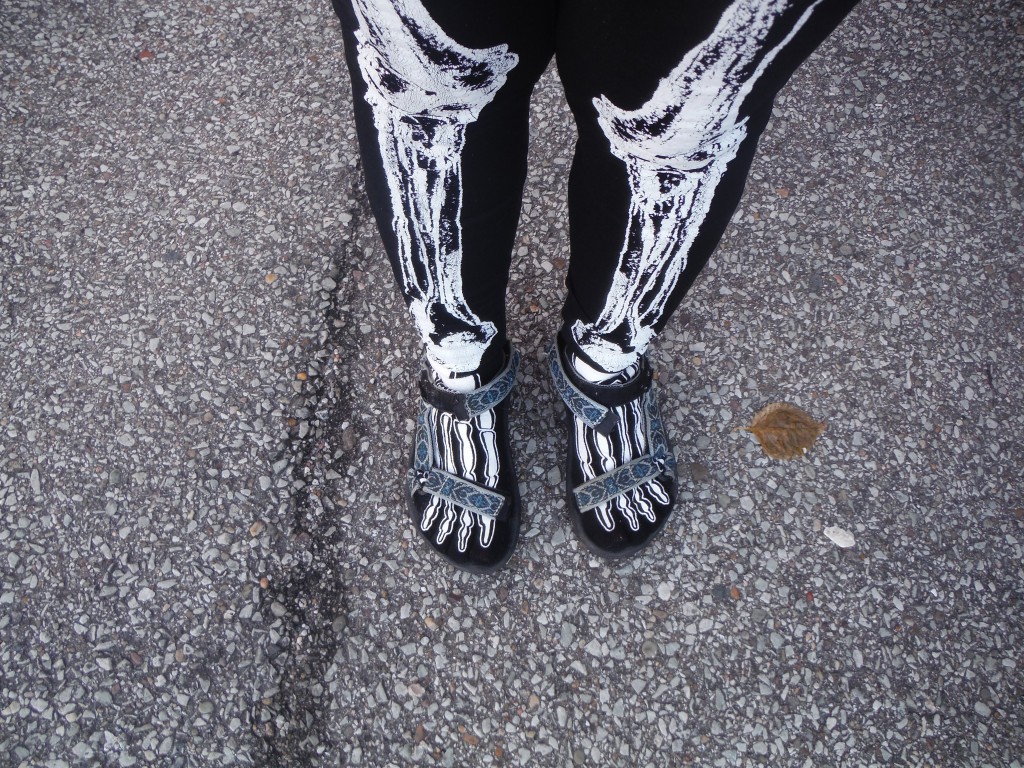