August 26 was our first time competing in the Wheeling Dragon Boat Festival. We decided on this race because it was an easy day trip from Pittsburgh. There were two 250 meter races and a final race for qualifying teams. The course was a straight shot up the Ohio River. Barge traffic (big and plentiful) was not a factor but there were head-on winds. 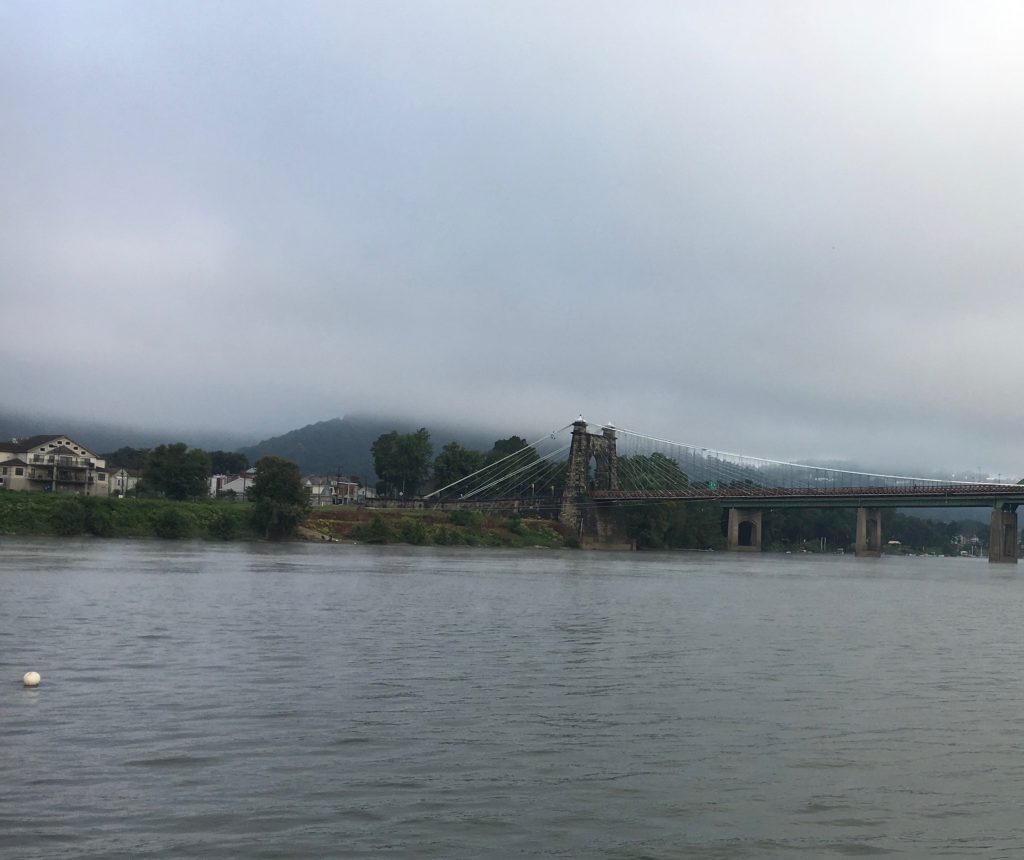 Bernie steered for us. Yay!! 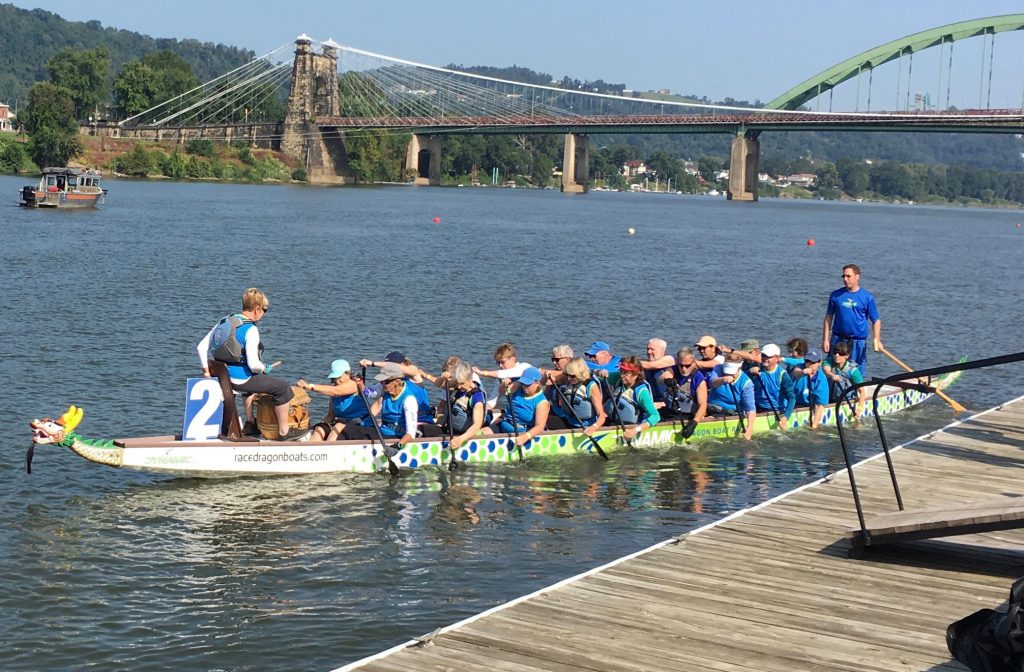 Bernie at the Helm 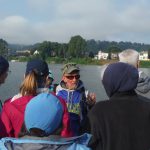 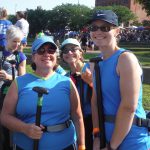 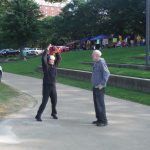 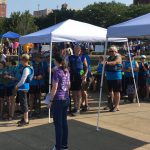 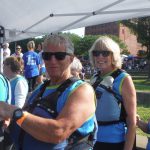 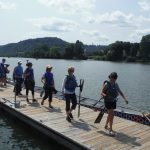 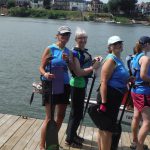 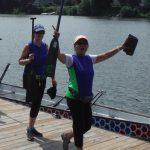 The Paddlefish was one of two sports teams, but the competition was tough. CrossFit Black took first place. Many men, buff, and if you know anything about CrossFit, they are gritty athletes. A 250 meter works well for these teams that are young and fit, but our team was walking up and would have skunked them in a 500 meter. 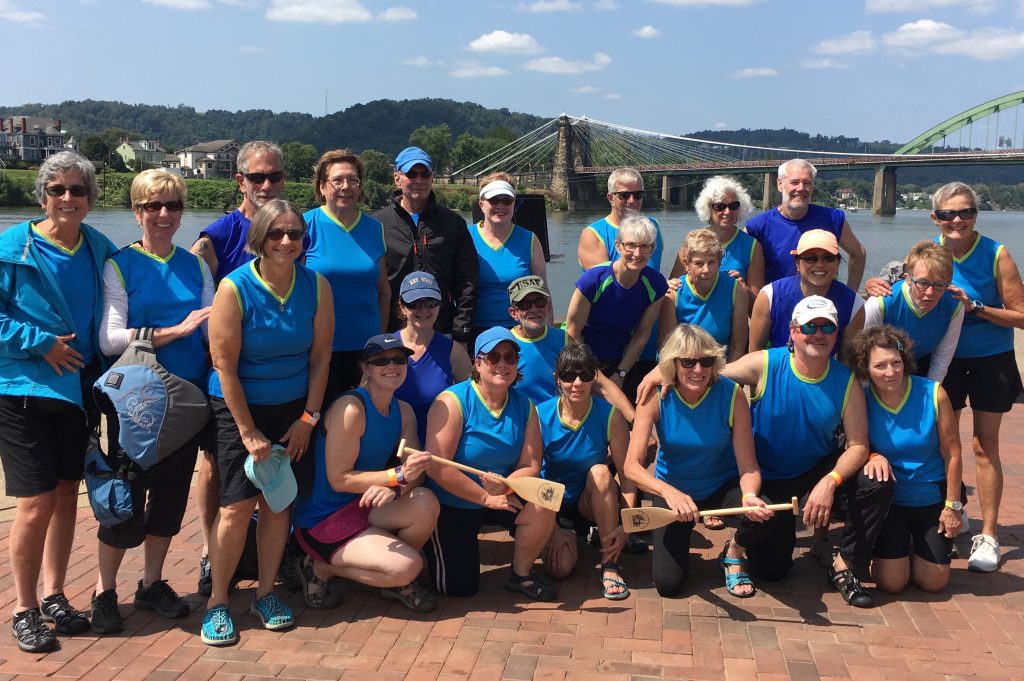 The Paddlefish looked great and working on our starts this season has helped. The Wheeling Festival was an easy do, well run, and loads of fun!