A steamy, busy day at the Finger Lakes Dragon Boat Regatta held on Saturday, July 12th on Cayuga Lake in Ithaca NY. With the mixed and women’s boat, the day was packed with racing. Some set up difficulties delayed the start and the 200 meter semi-final was cancelled. So the P’fish raced 2 x 200 m; 2 x 500 m; and a 2 K. The women withdrew from their 2 K. The mixed and women’s boat ended up being in the same heat but we had already reached consensus that two consecutive 2 K races would have been difficult in the heat.

The mixed team held their own against a tough field but did not medal. Timing was great and our dedicated steersman was one of the best! Bernie steered for us in Baltimore and last year at National Harbor. He has an amazing feel of the water and was masterful at holding our boat at the starts. The women also felt good about their performance despite being short 4 paddlers.

The 2 K race was fun, we felt good, and are still awaiting the times. A little frustrating.

According to Cheryl’s cheering and supportive family, the P’fish had a lot of admiring fans and positive comments from the crowd. “A team to watch!”

The medals were given based on the cumulative scores in the finals of the 200 m and 500 m.

The Paddlefish Women raced and scored a cumulative of 4:23.794 which would have given us the bronze if we were not D-Qed for our opposite gender drummer and steerer. Bob and Bernie…..both excellent, but the rule is a nose to tail female boat.

How about that! This is what racing is all about. Good work. Great team! 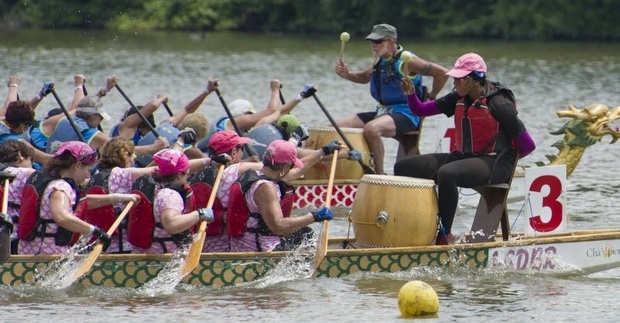 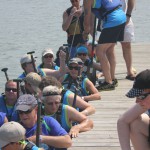 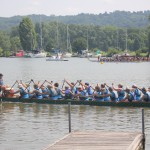 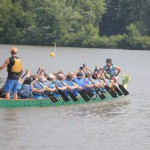 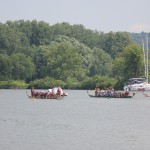 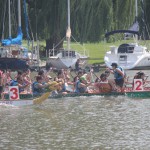 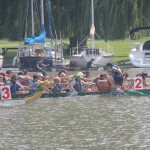 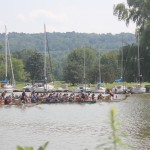 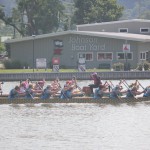 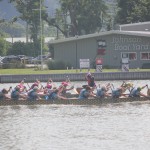 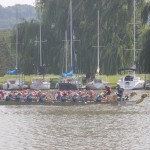 Reaching for the Finish